Merkins – When Your Carpet Matches Your Drapes

Today we are going to talk about merkins. “What is a merkin?” – you may ask. A merkin is a wig for your pubic area. Originally merkins were used by the prostitutes in the middle ages who would shave their nether regions for hygienic reasons and then would wear these little wigs in order not to scare the customers with their bald crotches. I mean we all know that it took centuries for humans to become evolved enough to look vaginas boldly in “the face”. In the past they remained hidden in the forests of bushes in order not to cause an untimely revolution or somehow change the course of history. There is speculation that perhaps the Renaissance started when someone was finally brave enough to stare at a clean-shaven pussy. We may never know…

Today merkins are used primarily in Hollywood. Any time they are doing a period piece with full frontal, merkins are called into action since natural bushes are running out in California faster than water. You can hit up Google for pictures of famous pubic wigs worn by many celebrities. I am sure for good money you can even buy a worn one on ebay. Somehow though merkins aren’t used too widely by the general public which is a shame in my opinion. Personally I like the idea of a removable bush and all the possibilities it would open if we treated them like we do regular wigs. Imagine if you could go to a party accessory store and shop for merkins the way you’d shop for party wigs. Imagine going to a party in a crazy wig and then taking your clothes off and BAM! Your carpet truly matches your drapes in the most creative way possible.

For Halloween you may show up as a sexy vampire goth chick both above and below the waste line. (Vaginal fangs sold separately)

This one gives the word “Firecrotch” a whole new very literal meaning.

And for clowns? I say rainbow merkin is part of clown method acting!

And who says bee hive fashion can only be used for the big head? 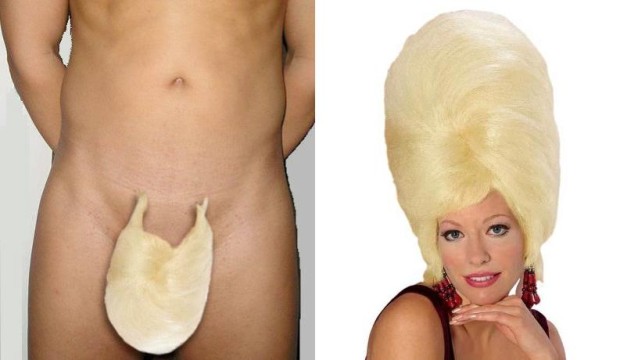 And what about St. Patty’s Day?! When you are running in the streets drunk and naked engaging in some innocent vandalism wouldn’t you want to be styling one of these? 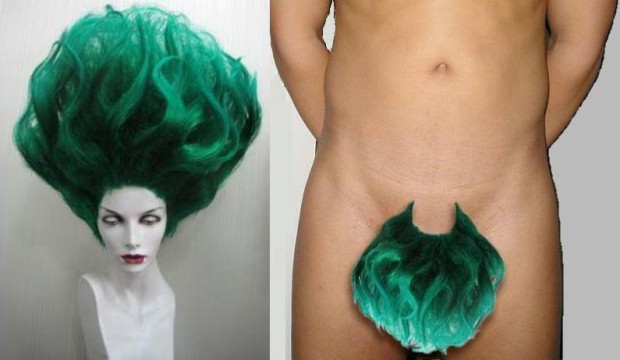 For anime and fantasy lovers. What elf would be complete without the elf bush? What do you think they shaved on their epic quest for some crazy magic crystal?

Sci fi enthusiasts, don’t think I’ve forgotten about you! I can’t imagine Leia didn’t have something fun going on under that gold bikini.

And finally for the very special holiday your very own Santa merkin. Used for when mommy kisses Santa in a more private setting. 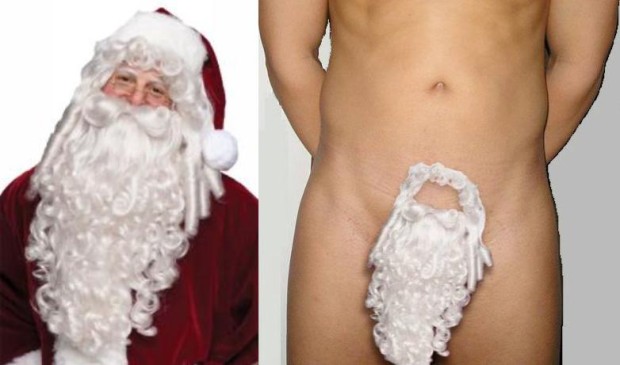 As you can see the possibilities are endless so go out and grab yourself a merkin for that truly special occasion!

(Heartfelt thanks to my friend Elina and her quick photoshop hand!)