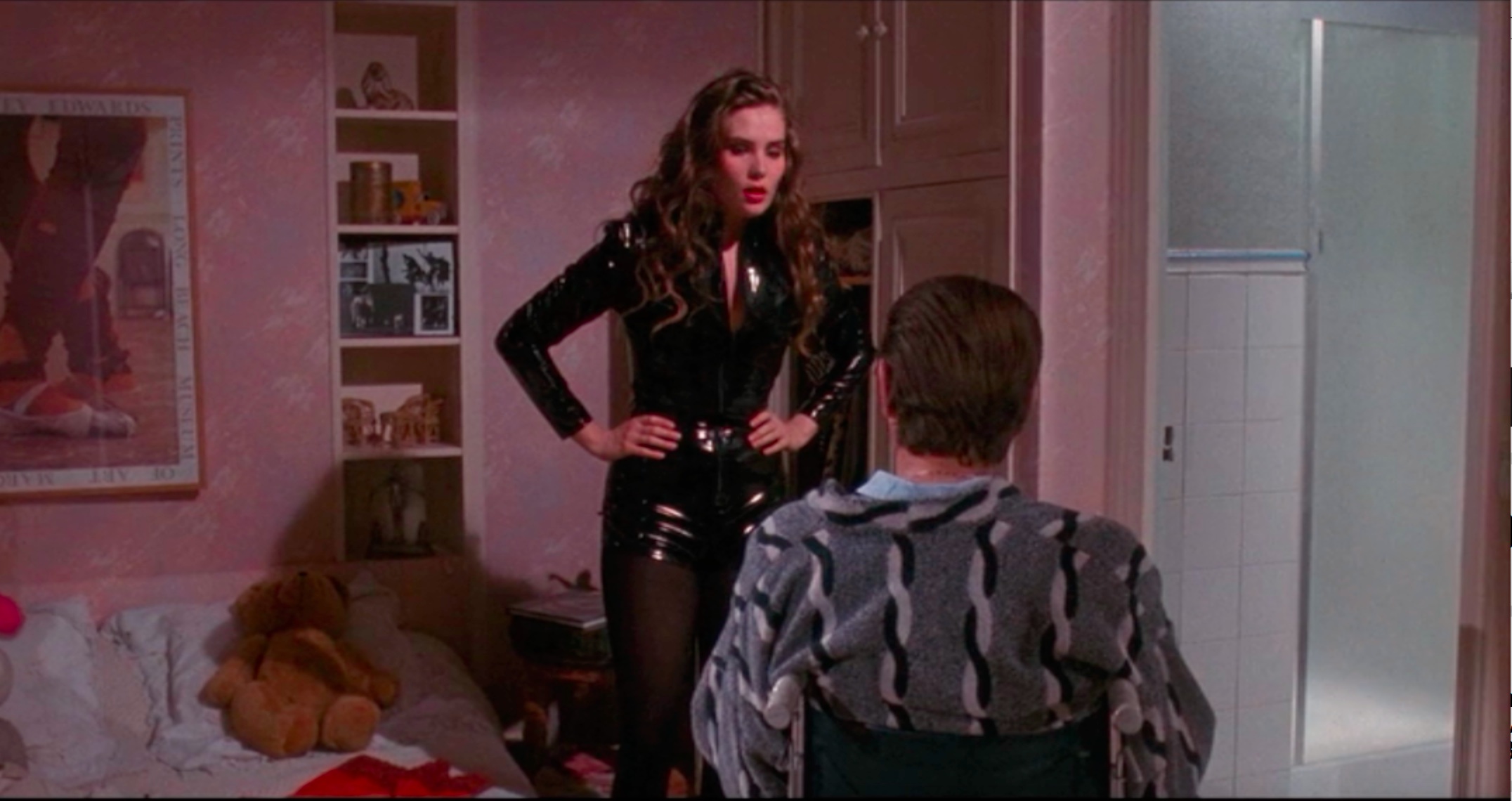 Roman Polanski first stunned audiences with Rosemary’s Baby, the story of a young couple whose move into their first apartment soon descends into a hellish nightmare that takes the reigns of the young romance. Bitter Moon’s a similar tale of love gone sour. It’s an exploration of the depravity that can hatch from heartbreak – with the claustrophobic corridors of a cruise ship and the age-old streets of Paris as its map. Although it’s an adaptation of a book, Polanski takes direction from his own tapestry of love, loss and perversion, of which there’s not shortage. He survived the Holocaust, his second wife was murdered by Charles Manson, and soon after, he fled the States to beat rape charges. He makes the story of Bitter Moon unmistakably his, and by the time the credits roll, it will be yours, too.

The film begins on international waters; Nigel and Fiona Dobson, as obnoxiously British as their names, are on holiday to Bombay from presumably dull jobs, and it’s going smashingly according to plan. Well, until Nigel sees milky Mimi in a red dress leaning catlike over the bar. He tries to impress but doesn’t know a word of the body language she’s fluent in, and she steers off in high-heeled rejection. Her husband’s been watching from his wheelchair and invites Nigel to his cabin where, without much warning, he flies into a fleshy flashback of his first years with Mimi – in Paris France.

Oscar first locks eyes with Mimi on a city bus, and he spends the next year riding the rush it gave him, scouring cafes and cobblestone alleys for her, hoping for another glimpse. Finally, they meet again at a restaurant, and fall hard for each other into a world where anything seems possible, in the bedroom and beyond. They buy ammo for their amorous appetites at a sex shop and hibernate for weeks on end in their apartment, breaking from their routine only occasionally for croissants and coffee. In one scene, they play bondage hide-and-go-seek; Mimi strolls through their apartment in a leather onesie while Oscar’s scrawny body twists behind furniture, hiding in naked anticipation of her cracking whip. How this got past producers, who knows, but thank god it did.

But soon, the spark fades to blah. Oscar, allergic to the mundane, tries breaking it off one morning on a park bench, but Mimi just comes boomeranging right back, full of tearful pleas for one more chance. So he tries to cast her away with cruelty; he books a vacation for them both and then flees the plane right before takeoff. They’re apart for two years, until Oscar finds himself in the hospital recovering from a car accident. Mimi comes to visit, and again, he’s cold and unwelcoming. She’s almost out the door when she reconsiders and extends a hand. Their relationship has amounted to this, a handshake.

But Mimi doesn’t let go; she tears him out of bed, and with only the harsh fluorescent lights as witnesses, leaves him paralyzed from the waist down. Now, immobile and impotent, he has little choice but to submit to Mimi’s companionship. They get married, and bound by band through sickness and health, Mimi becomes Oscar’s guide through the inferno. She wheels him through to his next punishment, of which there are plenty. By the time we meet the couple on the cruise, Oscar has learned to take little perverse pleasures in the pain that Mimi bestows upon him – he even becomes a sort of PR agent for the femme fatale. He pretends to warn Nigel of her danger, but unless he’s helping the Brit seek salvation through salivation, his warnings only serve to whet Nigel’s palate for Mimi’s twisted embrace.

Although this movie is a carnival of cruelty, the only real villain is the unforgiving wheel of time, the never-ceasing highway of plot that’ll pave over anything in it’s path. Polanski doesn’t need to banish his characters into archetypal corners because he’s created a world where we become the crimes we have committed against each other. Now comes the hard question; how can rapist have such compassion for his characters? Our media-informed preconceptions of sex-criminals can make it hard to face controversies involving culprits who don’t fit a certain archetype.

Two other Hollywood figureheads were recently caught in sex-crime controversy – Bill Cosby and Woody Allen. When the news broke, the conversation inevitably turned to these artists’ work. Some vowed never to watch another episode of The Cosby Show, others claimed that because these men were such great entertainers, they had to be innocent. Neither side seemed to be able to separate the artists from their work. But the fact is, if we only consumed media by people we wholly supported the actions of, we would have no cultural criticism, no context to frame the deplorable actions of dictators and serial killers, no way to understand. In short, we’d have a problem. The trick is to be able to watch and learn from the work of these directors while still keeping their crimes in perspective. Don’t allow their fame to exonerate them. Whether you believe that Polanski belongs in the director’s chair or the electric chair walk the razor’s edge of Bitter Moon, just don’t let the dualities split you in half.