Our Childhood Misconceptions About Sex 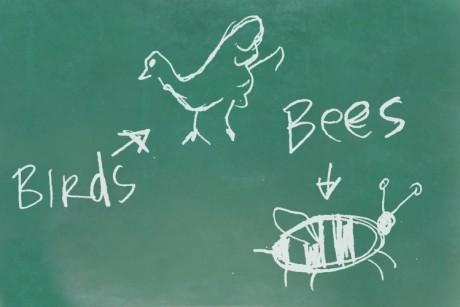 When I was first approached to write about some of the common misconceptions we all had about sex when we were kids, my initial thought was “I am going to have to do some research.” You see, I come from a fairly progressive family where sex is never a taboo subject. My parents have always been and to this day are very affectionate with each other. From a recent family trip to Germany, I think I have pictures of my folks kissing from at least 5 of the 10-12 cities we visited. I remember being very little when my mom first introduced a made-for-children sex ed book that covered the topic in a fairly chaste but truthful manner. More detailed information was always made available to me as I got older.

I was an avid reader in a household almost crumbling underneath an extensive home library of world literature, and no books were ever off limits. My mom has always made herself approachable when it came to the subject of sexuality and never from the position of abstinence, shame, or judgement. When I was growing up, I don’t think I ever realized that this wasn’t so in every family, but now in retrospect, I understand that I was very fortunate to be brought up like this. So, coming back to the subject of misconceptions, my initial (and very proud) thought was that I had none. In the process of writing this piece though I luckily got a bit knocked down off my high horse and rephrased this statement to “I don’t remember having misconceptions about the anatomical aspects of sex.” The research that I did though has taught me that not only do we all have some sort of misconceptions one way or another but also that they run so much deeper than the proverbial what goes where that I initially had in mind. I am left with a new and broader sense of understanding on the subject and a few open-ended questions as well.

For my investigation, I turned to Facebook and started asking a whole bunch of my friends and acquaintances the same question: “I am doing research for an article. Can you share some misconceptions you had about sex when you were a kid?” I went through a pretty large chunk of my chat list and just asked everyone – close friends and not so much. It was very interesting to see how differently people were responding to the same question. By the way, if you are reading this and you are one of the many who helped me with this, I thank you from the bottom of my heart!

Men around my age (25-35) usually responded with stories of anatomical conundrums they faced. “Insert what into where?” and “Do I pee inside?” were surprisingly popular choices. Some were baffled by the concept of pregnancy as a result of this weird activity. One of my favorite quotes was “the idea that everyone on this planet is here because someone got laid blew my mind.” We’ll omit the conversation about some other ways to get pregnant that are available to us now. For whatever reason out of all the women who answered the same question not a single one shared her confusion about the actual biology of the act. I don’t know if this is because as they said in True Detective “girls always know before boys do” or because whatever questions they may have had about this aspect of sex were overshadowed by more psychological or emotional queries.

One of the more moving answers I received from a woman was about the journey she took to fully embrace and understand the meaning of not only basic consent but the whole idea of having ownership and power over the act. It really struck a chord with me because it voiced this very ingrained thought that women often face: the thought that sex is something that happens TO them as opposed to something that they decide to do with another person. The determination to shame women for their sexuality runs so deep through our veins that women sometimes grow up thinking of sex as the “necessary evil”, some chore they have to put up with in order to be a part of the society. I started thinking about interactions I had with other girls when I was a kid and remembered the general overtones of unpleasantness that colored our discussions of sex. Girls shared stories of really painful or embarrassing first times, of women disrespected or dumped after “giving in”, and other standard garden variety of gaining power through saying “no” kinda bullshit. We didn’t often see information encouraging women to look forward to and be excited about the time when they would finally start having sex. The general consensus was “don’t do it; but if you have to, make sure it’s with the right person.”

Sex doesn’t have to be with someone you love

Another example of this was the response from one of my female friends who said that she never expected sex to be something she could just do for fun with a stranger whom she has no particular feelings for. She was never prepared for this interaction as an adolescent. She was only prepared for meaningful deep connection precluded by at least an hour of soulful guitar playing of early Dylan. The comic relief story goes to a very clever Russian father who answered his little daughter’s “What is sex?” question with a simple “sex means gender” thus dodging this uncomfortable conversation for another year.

I had been talking to a lot of people at this point in time. I tried to include an older generation too. After a while a conclusion started to form in my head. We were all suffering in one form or another from lack of information. We had to painfully acquire it whether it were about the “hows”, the repercussions, the pros or cons, or the do’s and dont’s. Some of us had parents or older siblings, some had friends who would be educators.

Overall for most of us school sex ed was only helpful in learning the various STD’s (which is important but not the only thing of significance when it comes to sex).

I started to think of the younger generation and how lucky they must be to grow up with the Internet. You have questions about any aspect of human sexuality? All the information is just a click away. I thought that they would have no issues whatsoever compared to the poor information-starved generations of mine and above. And boy, was I mistaken. This was by far the most eye-opening part of this process. I interviewed some people in their early 20s and found out that their misconceptions were pretty different from ours. The boys didn’t wonder what goes where. They knew it from the porn sites. They witnessed the process in detail at a very young age and have been left with feelings of inadequacy ever since.

They didn’t grow up listening to an older pal tell tales of his sexual conquests, mostly in awe but still somewhat skeptical of the exact extent of his prowess. No, they grew up watching professionals picked for their physical attributes and pumped full of enhancers plowing away at silicone barbies. And while the shameful undertones in women’s sexuality weren’t abandoned, instead of being slut shamed, girls were now virgin shamed. One response I had detailed with brutal honesty how anxious this woman was to part with her virginity at 15 because she felt so old to not have done it yet. Somehow, again, women are being stripped of this idea of choice that they have when it comes to their sexuality, but instead of the proverbial “don’t give the milk out” we have the “give the milk out before it spoils” mentality. As empathetic as I was towards my generation, I felt so much more sorry for the younger kids. Here is this infinite sea of information on this subject that’s going to be a huge part of your life but instead of carefully sifting and directing it to you, we are just gonna dump it on you until you feel like you are drowning.

I always delighted myself as a person who is ever anti-prudence. More sex everywhere! Let’s talk about it, show it on TV, have it be all around us! Let’s never sensor programs for kids, etc. etc. I have always thought on this subject from the position of an adult who isn’t that conflicted about her sexuality anymore and who grew up surrounded with a certain hunger for this information. I never imagined what it must be like to be a kid bombarded with this stuff. And while I don’t think I will turn into a puritanical prissy after this, I do have a new found understanding of some of the underwater rocks associated with the subject. As an afterthought, the most important thing, in my humble opinion, is the presence of an adult in every adolescent’s life. An adult who would be willing to educate and discuss sex in a respectful and constructive manner. It can be a family member, or a teacher, or a guardian, or the curators of a site like Scarleteen but every kid needs one. Honestly, we all would benefit from someone helping us navigate through this, teaching us to make the choices that we want to make, and hopefully clearing some of the misconceptions about sex that we all have.