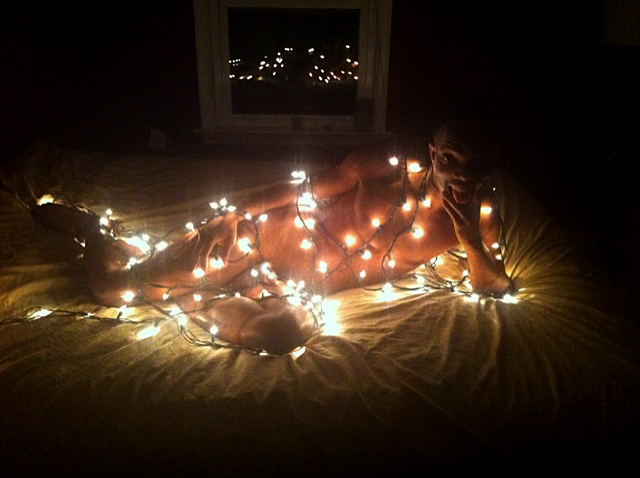 My professional love maker/pornstar name is Malcolm Lovejoy, and I have a thought I’d like you to explore in a way I hope you never have examined it before.

Have you ever masturbated… to REAL sex?

First, let me preface this article as primarily applicable to the upstanding citizens of societies that indulge in the act of auto-eroticism.  We don’t judge around here!

Back to our collective curiosity: have you ever masturbated yourself to climax by inspiration from a natural scene of sexual intimacy occurring in front of you?

If you have, consider yourself special!

It’s a sensory fusion on one of the deepest and most private levels of intimacy a human body will ever experience.

Have we built some invisible wall of shame, separation and space between our frothing, fiery fantasies and the actual reality existing in our very hands? I’d say absolutely.

So, why do we collectively hide the truth of the most popular form of sexuality in the world? (Almost) everybody touches themselves. In the immortal words of Heath Ledger’s Joker: why so serious?

I inquire deeper: what do we really do to, and for, ourselves when we stimulate ourselves to orgasmic explosions of fleeting fulfillment when we are on our lonesome?

: an incorrect idea : an idea that is based on something that is not true

a obsolete :  the action of deceiving

b (1) :  the state or fact of being intellectually deceived or misled :  misapprehension (2) :  an instance of such deception

a (1) :  a misleading image presented to the vision (2) :  something that deceives or misleads intellectually

b (1) :  perception of something objectively existing in such a way as to cause misinterpretation of its actual nature (2) : hallucination

So, paralleling this understanding to “illusion”, it’s interesting to note how often we practice part 2a of the definition of illusion: “a misleading image presented to the vision” / “something that deceives or misleads intellectually” when we “erotically stimulate our genitals”.

The truth is many people play out sexual fantasies in their mind that they either would not or could not replicate in real life, so it seems that the writing is on the wall, but I wouldn’t say that’s such a bad thing. Who knows, maybe I’ll end up in one of your sexual fantasies and you can come to Toronto to watch it all play out in front of you at one of those interactive and liberated sex clubs I mentioned before ;).