UK Ruling Far More Dangerous Than the Kink It Bans 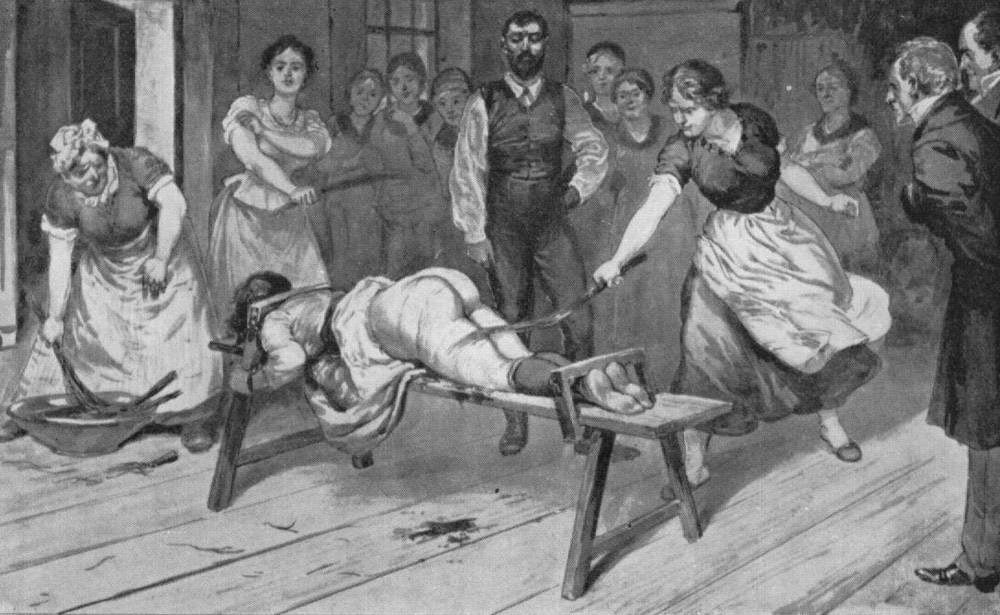 I have a confession to make. I am thoroughly grossed out by any fluid that comes out of the human body, and I am baffled by the loving kindness shown to sexual fluids in particular. Personally, I’m out of the danger zone before there is even an option to spit or swallow and a package of wipes lies ready at my bedside to be meticulously employed before and after any encounter. However, in no way, shape, or form does this mean that I, or anyone with my predilections should have the right to enforce my squeamishness upon others.

The UK Authority for Television and Video on Demand (ATVOD) and the British Board of Film Classification (BBFC) have an entirely different opinion, and this past Monday made a sweeping policy change that could spell disaster for the UK Kink community currently producing adult material.

The following is a list of unacceptable acts under this new provision that in the past have only applied to physical DVDs but are now being expanded to all Video on Demand content produced in the UK: 1.

• material which is in breach of the criminal law, including material judged to be obscene under the current interpretation of the Obscene Publications Act 1959 (see Annexe)

• the portrayal of sexual activity which involves real or apparent lack of consent. Any form of physical restraint which prevents participants from indicating a withdrawal of consent

• the infliction of pain or acts which may cause lasting physical harm, whether real or (in a sexual context) simulated. Some allowance may be made for moderate, non-abusive, consensual activity

• sexual threats, humiliation or abuse which do not form part of a clearly consenting role-playing game. Strong physical or verbal abuse, even if consensual, is unlikely to be acceptable

Now many of these actually sound innocuous enough, in fact almost reasonable, but the danger lies in what may be extrapolated, because a law exists only the the extent to which it is enforced. For a little perspective, The Independent released this list of sex acts that have been targeted in the past and may now be deemed illegal in VOD with the expanded restrictions.

Even then they did not concede to science, but rather their response was that, “In this particular work, there was so little focus on urolagnia that the BBFC took legal advice, and the advice was that, taking the work as a whole, there was no realistic prospect of a successful prosecution under the Obscene Publications Act and therefore the BBFC passed the work.” 3.

Though mentions of this “mysterious phenomenon” date back to 300 BC and persist throughout the following millennia, even concrete modern evidence distinguishing the chemical make up of the fluid as distinctly NOT urine, are not enough to convince the BBFC. 5.

After all, think of the children.

Think of all those little girls who will grow into women and be humiliated by their own ignorance when in the height of passion they believe that they’ve peed on their partner, who doesn’t know any better either.

How exactly is this protecting children?

Of course, using children as a political buffer to maintain the status quo is a time old tradition, but modern science has not been able to draw a conclusive link between kinky sex and psychological problems.

The UK seems to be falling into the abstinence trap.  The less educated sexual partners are, the more likely they are to have unwanted pregnancies, contract STDs, and if they are trying out kinky sex, to know about safe practices.6.

More than any arbitrary actions banning acts that are perfectly legal when not filmed and have not been proven to be harmful in real life, a more realistic and beneficial approach would be to encourage education about how sex on camera differs from sex in real life and how to have the safest, hottest sex possible between two consenting adults.

Ironically, this seems to be more of a ideology statement than an actual feasible plan because it only affects content produced in the UK, so all those the government is trying to protect will still have full access to the monolithic American adult industry. However, if the government takes this one step further and starts blocking foreign IPs we could be looking at a huge step back for free speech in the UK.

For more information about this issue and how you can help, I suggest visiting the site of Pandora Blake who is a kinky film producer based out of the UK.