Long Distance Relationships, 5 Struggles and What to do About Them 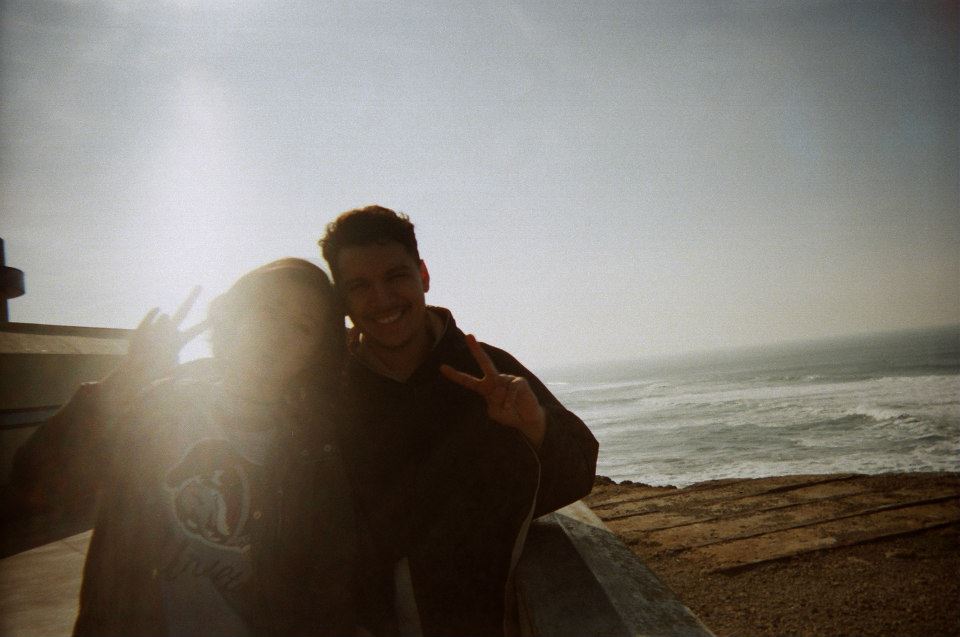 When people hear I’m in a long distance relationship they always ask, “Isn’t it hard?” The answer is yes, yes it is really fucking hard.

My boyfriend lives in San Francisco. I live in Boston. That’s a 3,000 mile gap and just about the furthest you can go in the Contiguous United States.

In about six weeks I’ll be graduating and moving to San Francisco, but the past year has been tribulation after tribulation, a struggle to make ‘us’ work and work well. It’s been rough, but I’m willing to bet we’ve come out of stronger as a couple because of it.

Here are some of the rough-and-tumbles you’re bound to encounter in a long-distance relationship, and what I’ve learned to do about them.

1. Not Being Able to Experience the Little Things Together

This past winter was miserable in Boston. It broke Boston records with over 110 inches of snow and sent commuters crazy (myself included) with public transportation shut-downs. Plus, it was really cold. Meanwhile, in San Francisco, it was a balmy 65 degrees and people could actually get to work.

I complained endlessly to my boyfriend about suffering through winter, but, sadly, that’s as far as it goes.

Take photos, talk about it, be open. Of course it comes nowhere even remotely close to experiencing things together in person, but it’s a way to deal with it.

One of the worst mistakes you can make in a long distance relationship is to think something you want to say or do isn’t interesting or important enough to share. When you’re far apart and can’t hold each others hands or share silence, you have got to try and compensate with verbal communication. So, even if it something you overheard on the bus that made you laugh, share it–share the feeling.

Boston is three hours ahead of San Francisco. So when I wake up at 9AM on a Monday morning, it’s still 6AM in California and my boyfriend’s far from waking up. When my boyfriend’s Friday night is just firing up at midnight, I’m dead-beat at 3AM.

Reconciling time zones is frustrating. It can skew your perspective and make you less communicative. When my boyfriend comes home from a night shift on a weekday, it’s already 2:30AM for me and long past my bed time. I’m exhausted and irritable and most likely, lonely.

People often talk about how difficult it can be to find time for each other but it’s not a matter of finding time, it’s a matter of making time. This is especially true in long distance relationships.

If you don’t trust your partner to keep faithful, you’re in for one hell of a ride if you’re buckling in for a long distance relationship.

If you’re jealous, say so. I know it’s easier said than done, especially since we’ve learn from magazines and movies that the jealous lover is the worst kind of lover. Jealousy doesn’t have to be a dealbreaker, though. It happens and you have to learn how to deal with it.

Be honest with your partner about how you feel. If you feel neglected or uncomfortable, do your best to express that. “I wish you’d spend more time with me” or “I don’t feel comfortable with Person A” are only confrontational if you make them so. Be honest and authentic with your feelings and be flexible. In return, if your partner is the one who’s jealous think, “What can I do to change that,” and then do it.

4. Not Being Able to Comfort Each Other on Bad Days

This past weekend, I had a wisdom tooth pulled out and my boyfriend caught a cold. All we could do was sit in our respective living rooms and look at each other through computer screens as he blew his nose furiously and I held an ice-pack against my cheek. Sexy.

I would have given anything to be in his apartment cooking chicken noodle soup, pouring out DayQuil, and handing him cough drops. Similarly, he wanted to be on my couch watching animal documentaries and doing everything in his power to distract me from the fact that my cheek was now the size of a softball.

Nothing can really beat a hug or a kiss on the forehead when you’re feeling unwell, physically or emotionally, but as with a lot of things in long-distance, you learn to make due. The next best thing to actually being there with them is to let them know you’re there for them.

There won’t be any hugs or kisses in long distance, but that doesn’t change the fact that if you could, you totally would.

5. Having an End Goal (or lacking one)

My boyfriend and I have the fortune of having a clear end goal for the long-distance part of our relationship: when I finish school, we’ll move in together. Not everyone is so lucky, though.

My best friend has been in a long-distance relationship with her girlfriend for two years and counting. They love each other deeply but the future is vague and that makes it even tougher. There’s no end in sight for them just yet.

It’s easy to say if you don’t have an end goal, make one–but that just isn’t possible for some people. The next best thing to do is create small goals until you can mark the big finish.

Little trips–spring breaks and weekend getaways–go a long way. Keep in mind, it gets harder to say goodbye every time, but it’d be harder not to say hello.

I’ve learned a lot about long-distance relationships in the past year. Among them, that Skype is your best friend and that the phrase “sexual frustration” doesn’t even come close to covering it.

Most importantly, though, I learned long-distance relationships, like any relationship, requires a whole lot of work.