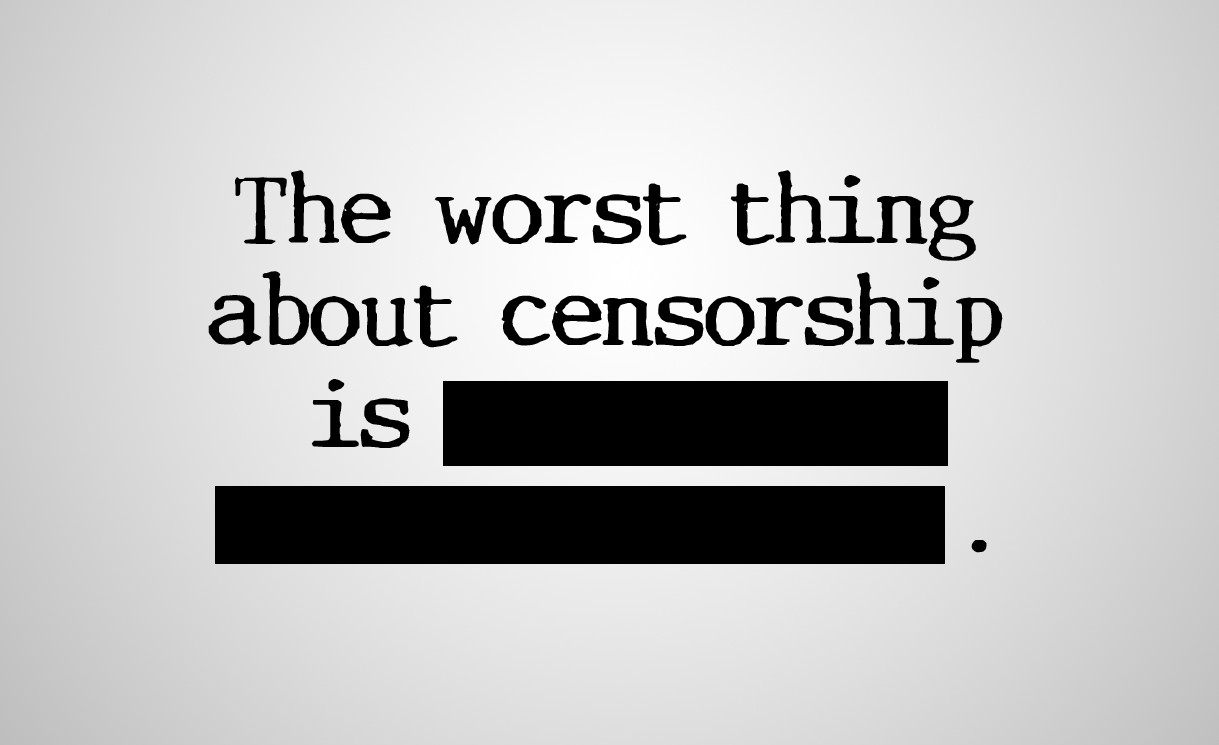 Music has always been a medium for exploring the crucial elements of what it means to be alive, but sometimes those ideas make people very uncomfortable. With the advent of music videos, one channel, MTV became the gatekeeper through which almost all music videos would pass before reaching the public. While MTV may not really play music videos anymore, for years they controlled the musical airwaves and their word was law. Where did they draw the line between art and obscenity; erotica and porn; shock-value and excessive violence? Some distinctions MTV made were more obvious but some, like the seven you will find below, were a bit more complicated.

1. M.I.A.- Sunshowers: With the light jungle dance beat and disco sampling from Dr. Buzzard’s Original Savannah Band, one could easily overlook the striking and thought provoking lyrics of M.I.A.’s Sunshowers. Listen closely and you’ll find that this song is packed with politically charged criticism of everything from sweatshops to armed conflict. This particular music video was banned from MTV for the line “You wanna go? You wanna win a war? Like PLO, I don’t surrendo.”

2. Rick James- Super Freak: Your first reaction to learning that this video was banned from MTV might be to laugh at the idea that it was “too sexually explicit” to air at the time. Rick James believed there was much more to the story than that and accused MTV of not airing the video for racist reasons. As it turns out, MTV did not air any music videos by African American artists at the time because they were not “rock enough,” which was a rather silly belief considering the origins of rock and roll.

3. Ciara ft. Ludacris- Ride: While this video does have pretty explicit sexual content, MTV’s policies still don’t seem to match up. Other videos such as Christina Aguilera’s Dirty, and Jay Z’s Big Pimipin received major play but this video which features Ciara busting some awesome moves wearing a comparatively modest crop top and pants is deemed too sexy.

4. Mr. J Medeiros- Constance: On the opposite side of the spectrum from sexy we have Mr. J Medeiros’s Constance which tells the story of a young girl in Southeast Asia who is an underage sex worker. The song certainly contains controversial subject matter, but maybe America needs a bit more exposure to the realities of sexuality as opposed to the glamorization of musicians who glorify the money=sex paradigm.

5. The Faint- Agenda Suicide: Can you guess what the controversial subject matter in this song is? If you guessed suicide, you’d be on the right track. This video touches on the subject of the daily grind that could slowly suck the life out of a person if they have no positive release.  Worried that the song might inspire suicidal behavior, MTV pulled the plug.

6. Foo Fighters- Low: This music video features Dave Grohl and Jack Black taking part in their own form of positive release: Cross dressing. MTV was not having it.

7. Madonna- Erotica: Whenever people think of especially racy music videos and MTV censorship, Madonna is often the first name that comes to mind. Choosing from a list of her banned music videos which include What It Feels Like For a Girl, American Life and Justify My Love among others, we decided we would just go for the classic here.

If you liked this list and want to see more, check out our Sensory Fuse YouTube channel.
Cover photo Courtesy of Tyler Menezes