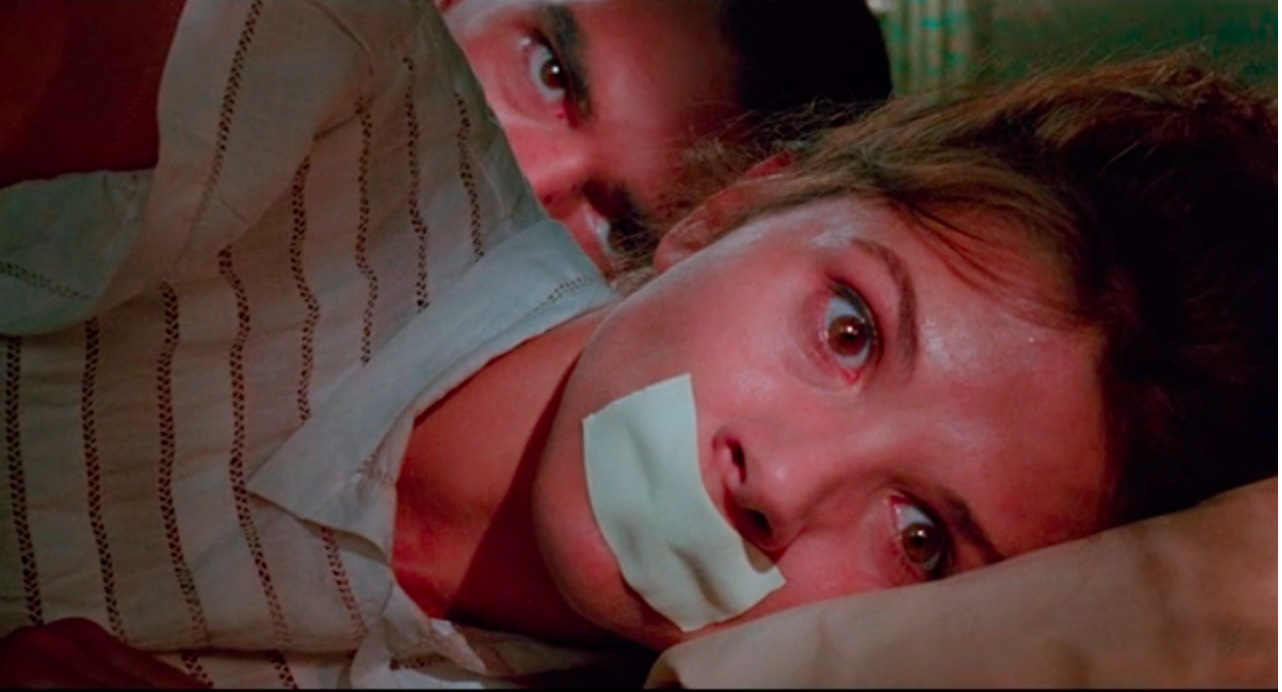 If you hear “Spanish cinema” and think hairspray, eye-popping pastels, and lots of arguing about nothing, well, checkmate. But don’t take Tie Me Up! Tie Me Down! for some pointless pleasure romp or you’ll be doing spit-takes with your margarita. Director Pedro Almordevar was a pioneer of the post-Franco cultural revolution in Spain, and it doesn’t take long into his radically racy movie to see why. The 1990 film will rope you in and turn you on with it’s soap opera sensuality and fresh perspective on Stockholm Syndrome.

When Marina wakes up, she’s bound, gagged, and getting an earful about how she’s gonna be this guy’s new wife, have his children, and eventually fall in love with him. Not exactly romantic comedy material, right? But somehow, Ricki’s twisted pitch to Marina has a tenderness to it. And it only gets stranger from there.

At a certain point, we stop wondering whether this is a couple or a crime scene and just let it be what it is. In a moment reminiscent of a Spanish soap, Ricki, who’s leaving the apartment to steal a car so the two can visit his birthplace asks: “Will you run away if I don’t tie you up?” Marina pauses. “I don’t know, you’d better tie me up.”

This may be a romantic comedy, but that doesn’t mean Ricki and Marina’s love is anything to laugh at. Ultimately, what becomes clear is that it’s love itself, not Ricki, that’s holding Marina hostage. This movie bestows the L word with the power it deserves, portraying it as brutal force, equal to insanity, that fucking takes hostages. So whether you believe in love at first sight (swipe for all you Tinder junkies) or think the concept’s just some Disney marketing scheme, you’re bound to find some sort of satisfaction in Tie Me Up! Tie Me Down! But don’t try this at home – this fairy tale played out in real life is more likely to end in jail then in happily ever after.