What is Teledildonics? – A Story of Sex, Love, and Robots 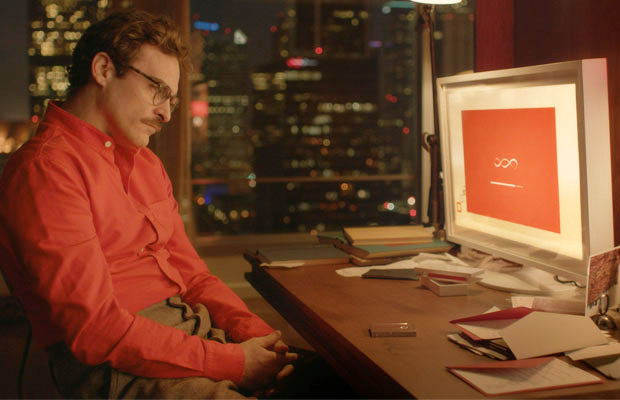 The story of teledildonics, the field of computer controlled electronic sex toys, is a story of sex, love and robots. It’s a sci-fi wet dream for many, a disturbing idea for others, and a curious interest for even more still. Regardless of the opinions we fleshy, emotional humans have regarding the penetration of technology into our sex lives, teledildonics is a field that captures the human imagination because it combines two forces that are crucial to the progress of the human race: sex and innovation.

Spike Jonze’s recent film, Her, has caused a great deal of discussion around how human sexuality is continuously being shaped by the technology around us. Her examines the relationship of a man who has fallen in love with an operating system, and in a particularly unique sex scene the two come to orgasm together, though two physical bodies never touch.  What Spike Jonze may or may not have known is that there currently exists a way that the main character’s intangible lover could have touched him corporally, through teledildonics.

Although you or I may never have heard the word before, teledildonics has actually been quite a buzzword among the technologically inclined (and perhaps sexually deprived) since the 1980s. Howard Rheingold theorized in his 1991 book Virtual Reality that by 2020 we would all have portable “telediddlers” but as we enter into the year 2014 we appear to be mostly telediddle free.

This is certainly not for lack of trying, as there have been a number of misguided and tragically doomed projects. Most notably ambitious, Vivid Entertainment prototyped a full body “cyber sex suit” that was ultimately unsuccessful due to their inability to promise users that the electrical surges sent to their erogenous zones to excite them wouldn’t fry them. This was especially likely under moist conditions. 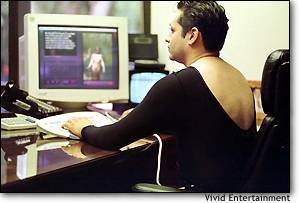 Photo of the original Cyber Sex Suit courtesy of nbc.com

So the ebb and flow of teledildonic products has continued since more or less the dawn of the internet, but as I trolled the web for some semblance of a product that seemed to have some lasting power, only two products in particular stood out to me.

High Joy is one of the longest lasting companies in the field which seems to be due to their ingenious, yet entirely logical partnership with online dating sites.

1. Their affiliated sex toys recognize the fact that the locus of female pleasure is the clitoris which many teledildonic manufacturers ignore completely.

1. The user interface is rather outdated and it certainly takes some skill to manipulate two sliders with your mouse for your partner while they are making it very hard for you to concentrate.

The other company that seems to have a fair amount of traction is LovePalz, which is a newcomer to the field.

1. Their website is sleek and modern and you don’t have to operate a control system to stimulate your partner virtually, but rather the natural motion of each sexy toy dictates how the other will act. Pretty cool technology.

2. The toy is set up to work through Skype so it is ideal for long distance couples.

1. Their idea of female anatomy is outdated. Hey, have I mentioned that the locus of female pleasure is the clitoris. I think somebody needs to let them know, because their toy seems to be missing something.

2. Their website does a great job of dispelling the creepy factor, but their ad (which you can watch below)  has a distinctly “creep in the basement” feel to the intro, though it does improve toward the end.

As with any technology, teledildonics has its pros and its cons. It can connect long distance lovers, but it can also disconnect partners if one decides that virtual reality trumps real life. So is this a creepy human substitute or a romantic tool for long distance pleasure? And what does this spell out for the future of cheating? Would this even turn you on or is it too strange? We’d love to hear your thoughts in the comments below!